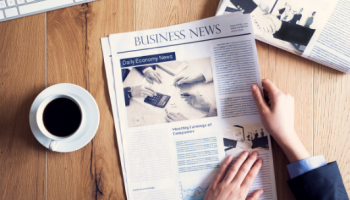 Humankind is now facing a global crisis. Perhaps the biggest crisis of our generation. The decisions people and governments take in the next few weeks will probably shape the world for years to come. They will shape not just our healthcare systems but also our economy, politics and culture. We must act quickly and decisively. We should also take into account the long-term consequences of our actions. When choosing between alternatives, we should ask ourselves not only how to overcome the immediate threat, but also what kind of world we will inhabit once the storm passes. Yes, the storm will pass, humankind will survive, most of us will still be alive — but we will inhabit a different world.

Many short-term emergency measures will become a fixture of life. That is the nature of emergencies. They fast-forward historical processes. Decisions that in normal times could take years of deliberation are passed in a matter of hours. Immature and even dangerous technologies are pressed into service, because the risks of doing nothing are bigger. Entire countries serve as guinea-pigs in large-scale social experiments. What happens when everybody works from home and communicates only at a distance? What happens when entire schools and universities go online? In normal times, governments, businesses and educational boards would never agree to conduct such experiments. But these aren’t normal times.  In this time of crisis, we face two particularly important choices. The first is between totalitarian surveillance and citizen empowerment.

The second is between nationalist isolation and global solidarity.  Under-the-skin surveillance In order to stop the epidemic, entire populations need to comply with certain guidelines. There are two main ways of achieving this. One method is for the government to monitor people, and punish those who break the rules. Today, for the first time in human history, technology makes it possible to monitor everyone all the time. Fifty years ago, the KGB couldn’t follow 240m Soviet citizens 24 hours a day, nor could the KGB hope to effectively process all the information gathered. The KGB relied on human agents and analysts, and it just couldn’t place a human agent to follow every citizen. But now governments can rely on ubiquitous sensors and powerful algorithms instead of flesh-and-blood spooks.